This existing church faced many issues common to churches that have been around for an extended time and have gone through decades of growth, changes, and expansion. Some of the buildings were old and obsolete, were crowded on the site, faced inward away from the streets, and circulation had become difficult and confusing (and inaccessible) as newer buildings and multiple small remodels had taken place. Parking was separated into four different and unconnected lots.

This project created an updated Master Plan for the full 7 acre campus. Discretionary entitlements including a Conditional Use Permit and Coastal Development Permits were secured through the city of Solana Beach. In phase one, the forty year old Pre-school was relocated and expanded from the back of the campus to a new location located in the public view on a prominent corner below the church offices. The lowest and most remote parking lot became the new playground and drop-off and front arrival point for the Preschool.

Phase two entailed a complete makeover for the upper campus, working around the two major existing buildings.
Vehicular and pedestrian circulation were redesigned for the site. A single connected parking lot surrounded the campus, with a majority of the cars now on the same level as the Sanctuary. A new 15,000 s. f. two story classroom and youth facility building was constructed and a new chapel was designed as the jewel of the campus, with a large stained glass window facing outward to the community towards the main intersection. All of the buildings now face and enter from the central gathering terrace and fountain. The central plaza is now surrounded by the all new landscape concept incorporating the existing specimen trees and vegetation, while now adding new drought tolerant, native vegetation. 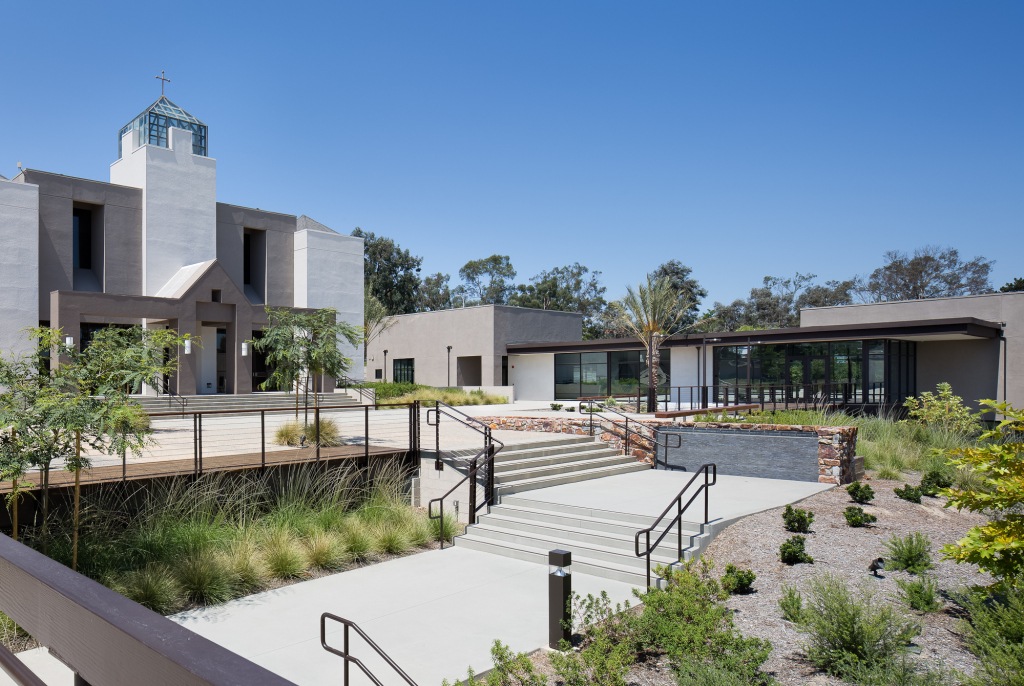 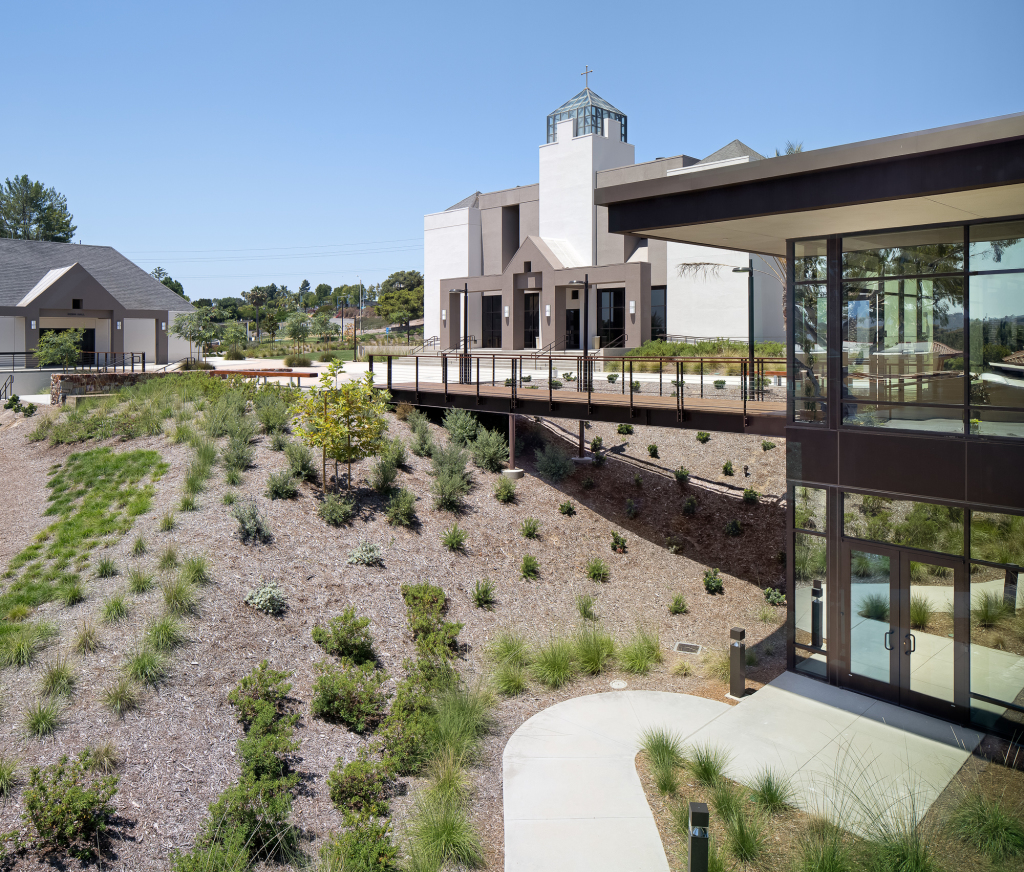 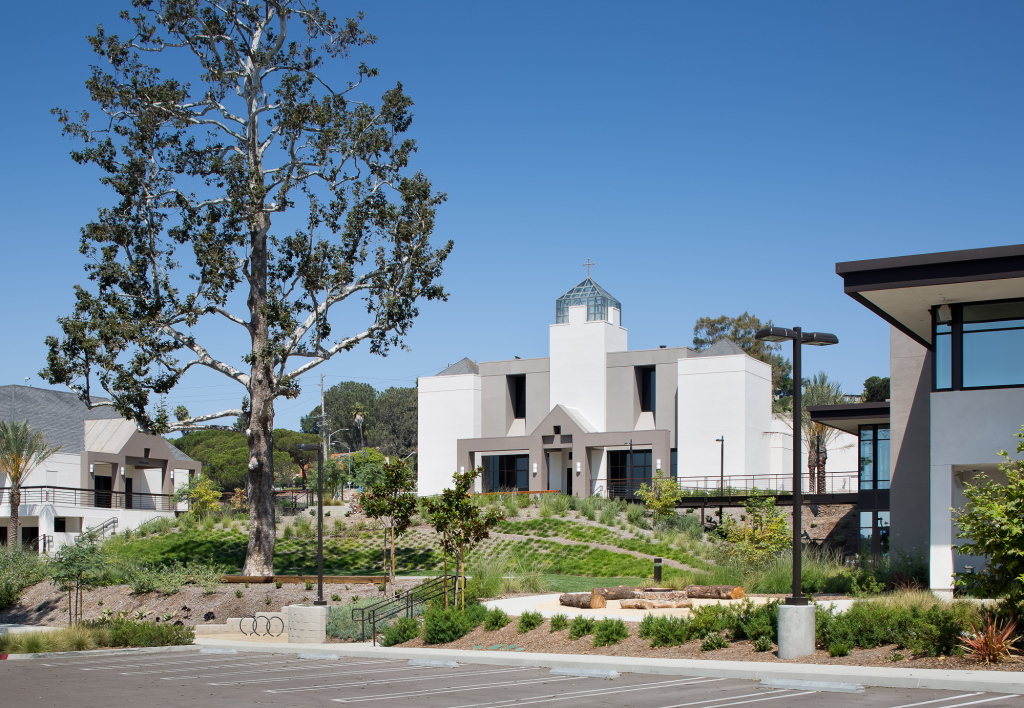 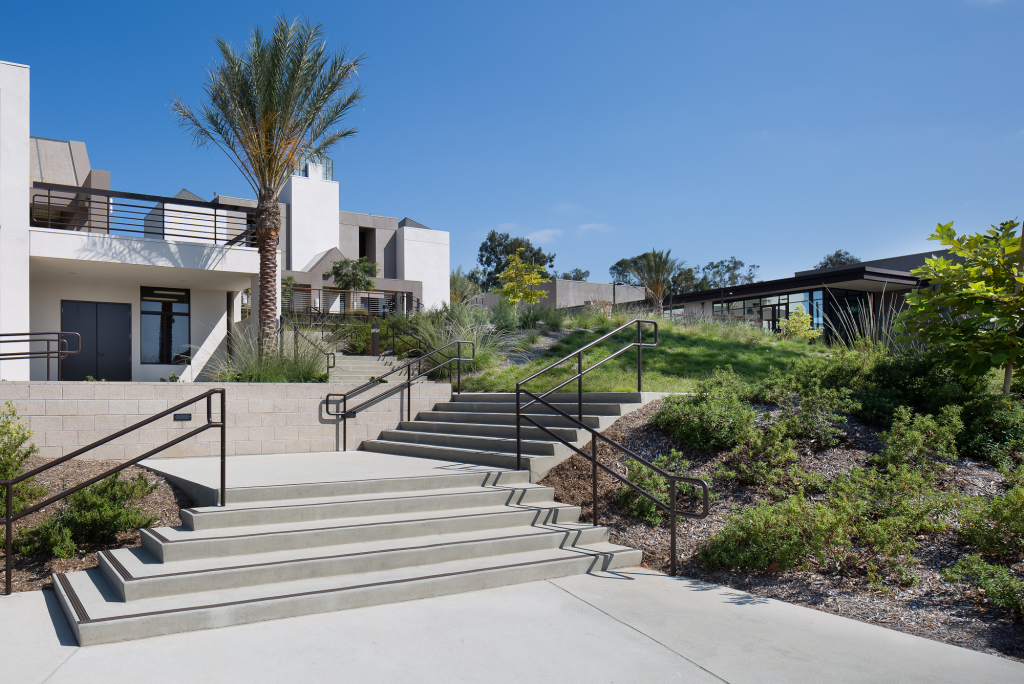 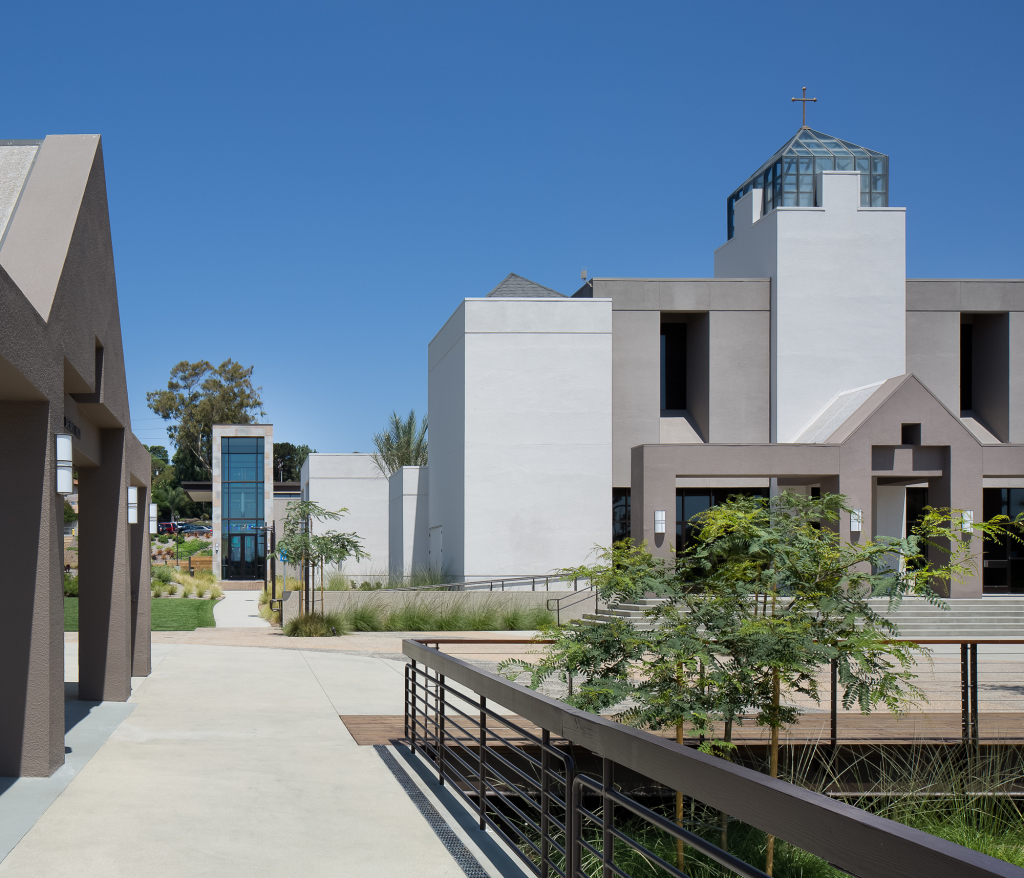 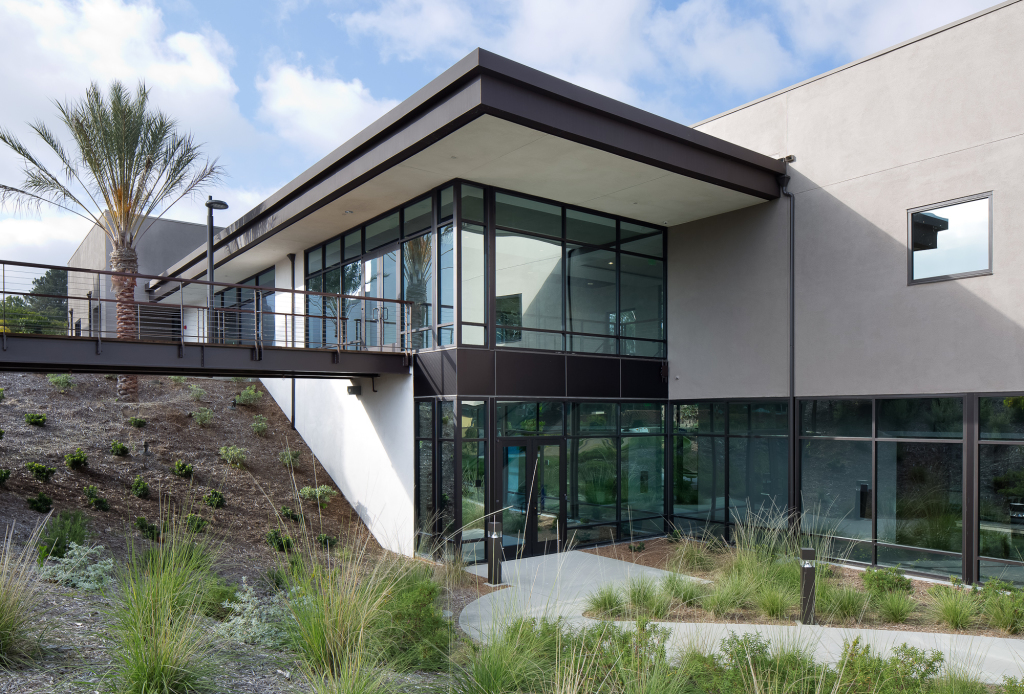 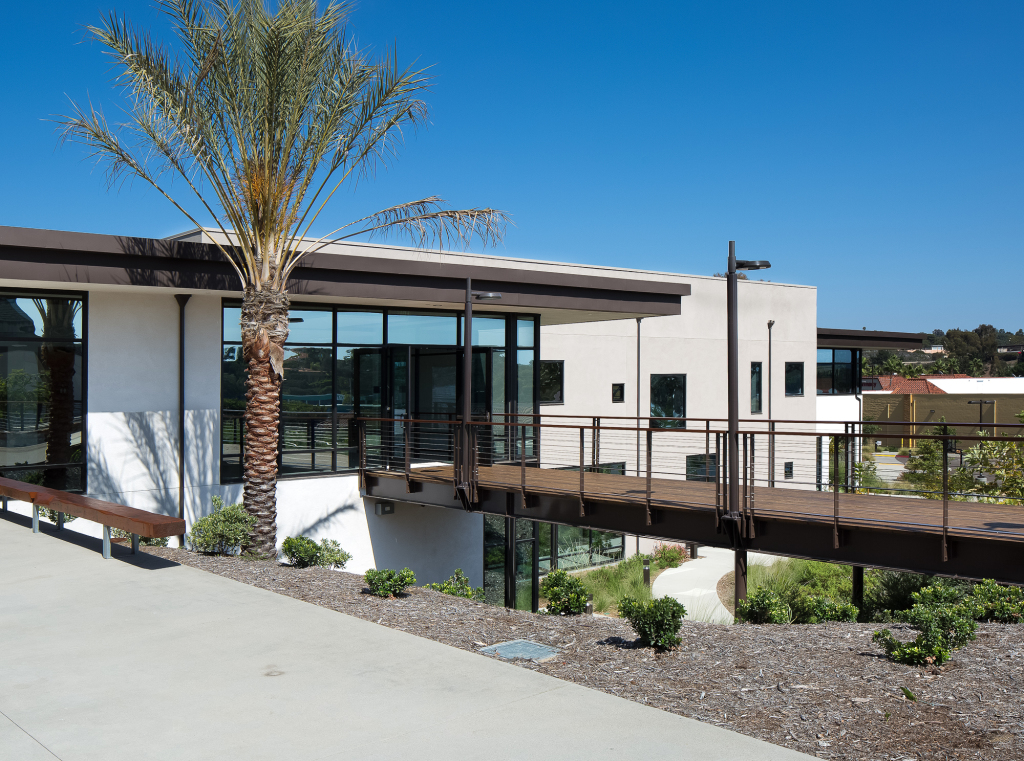 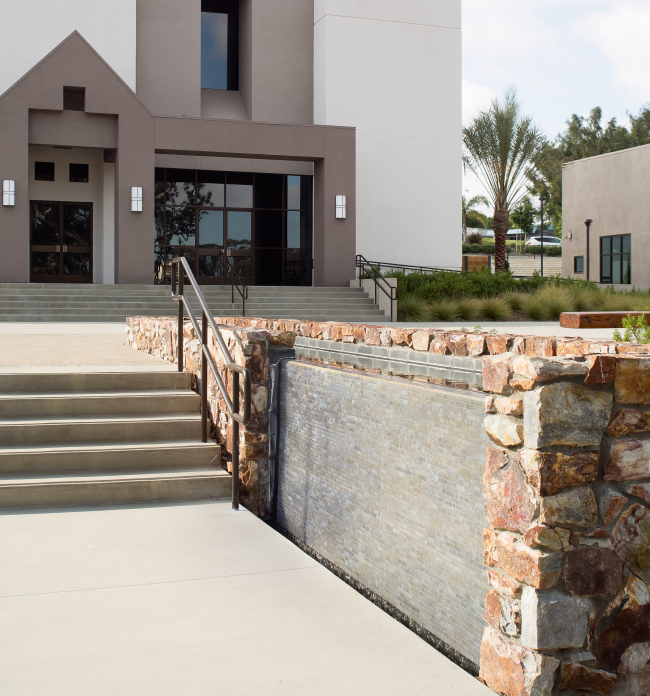 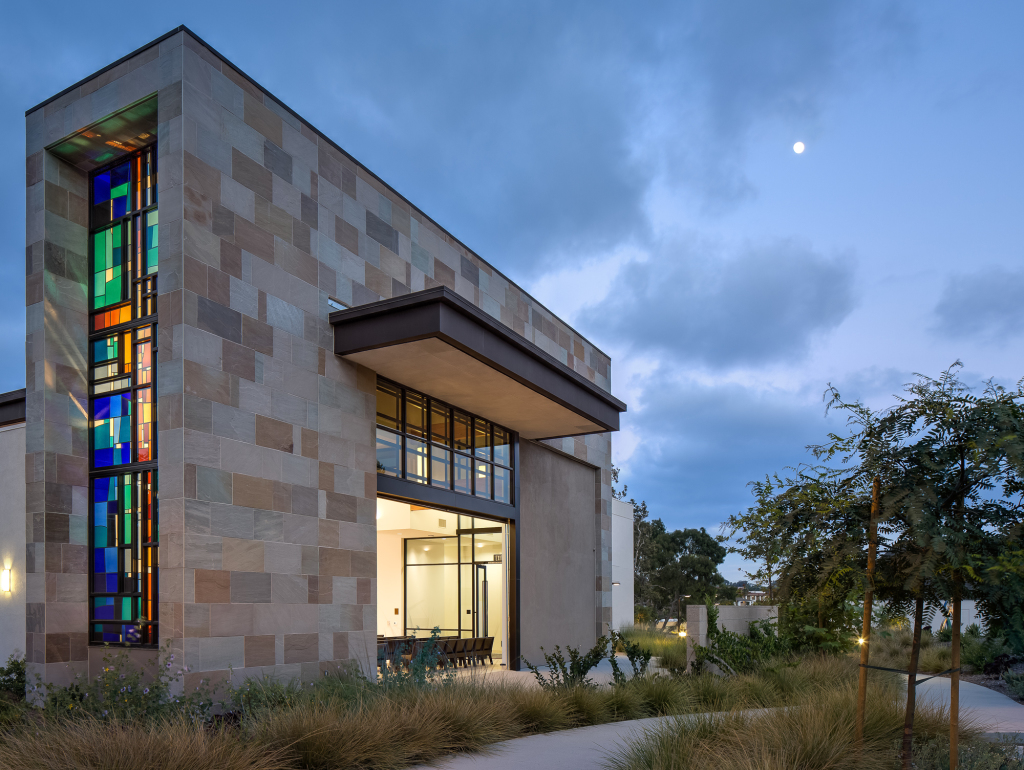 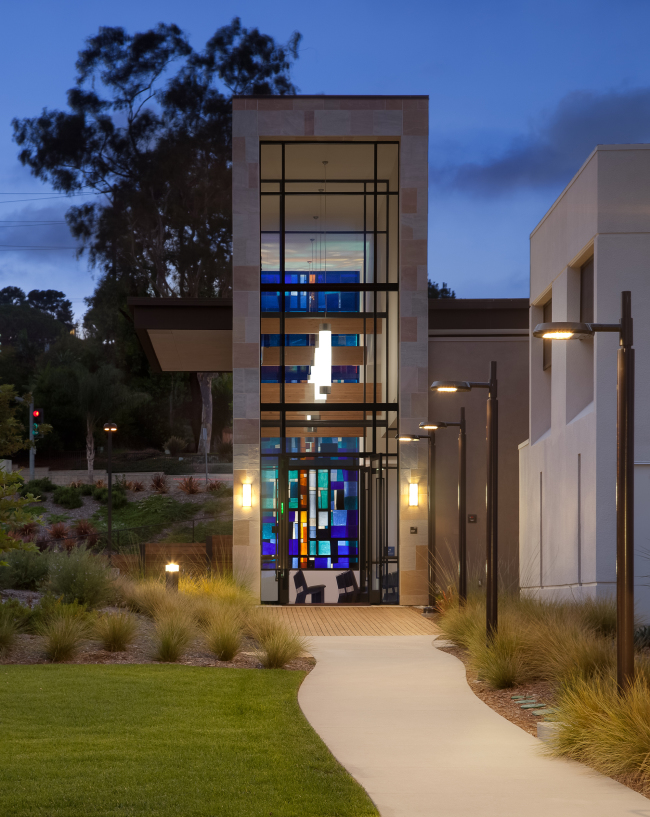 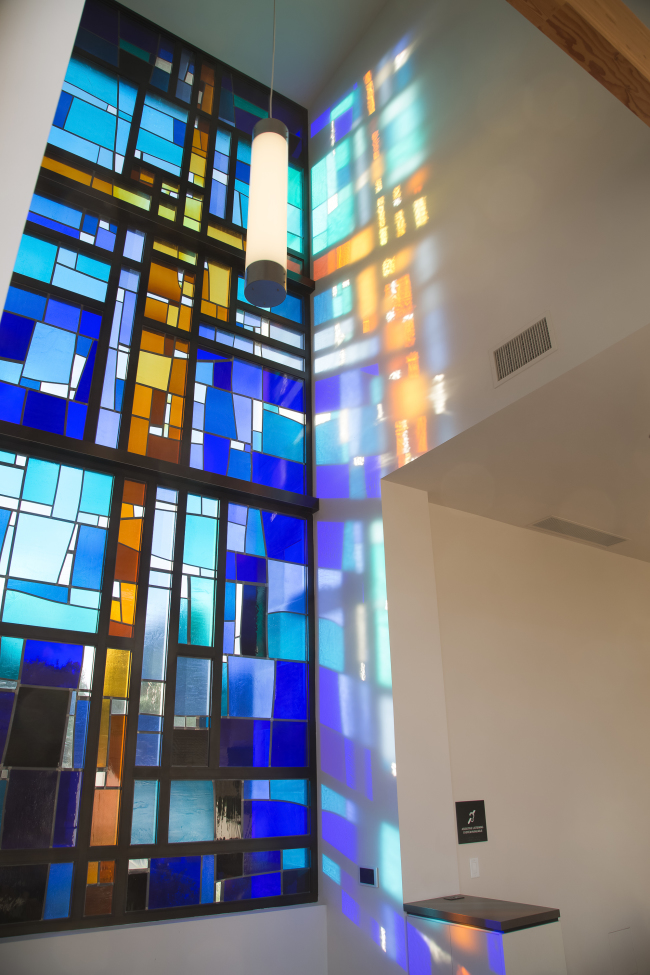 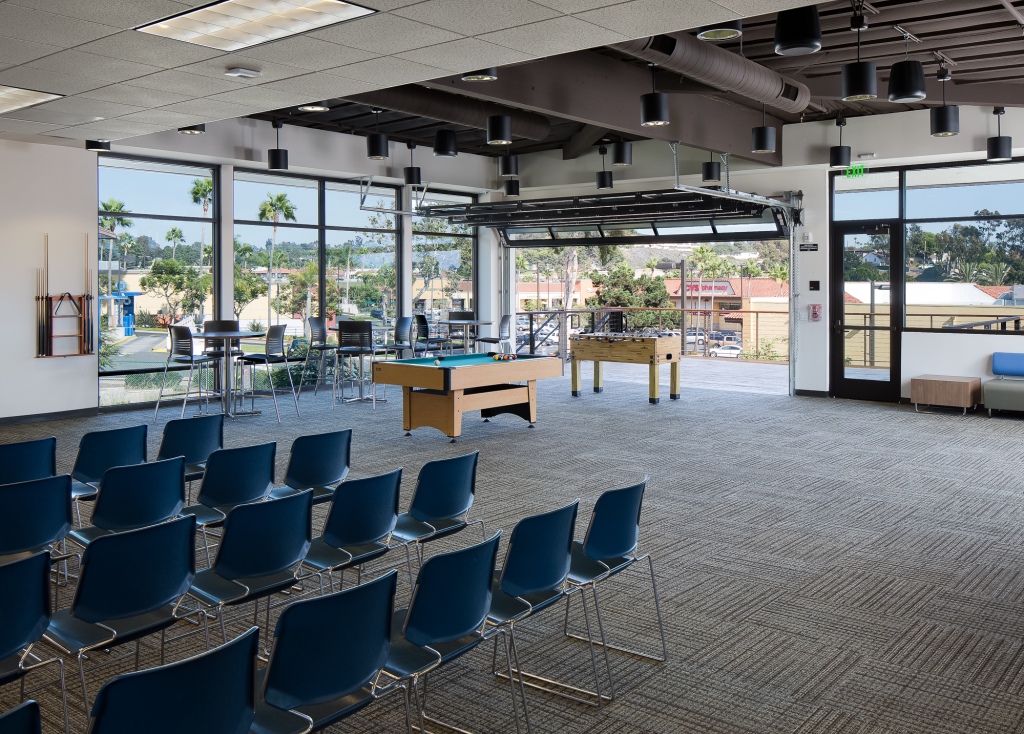 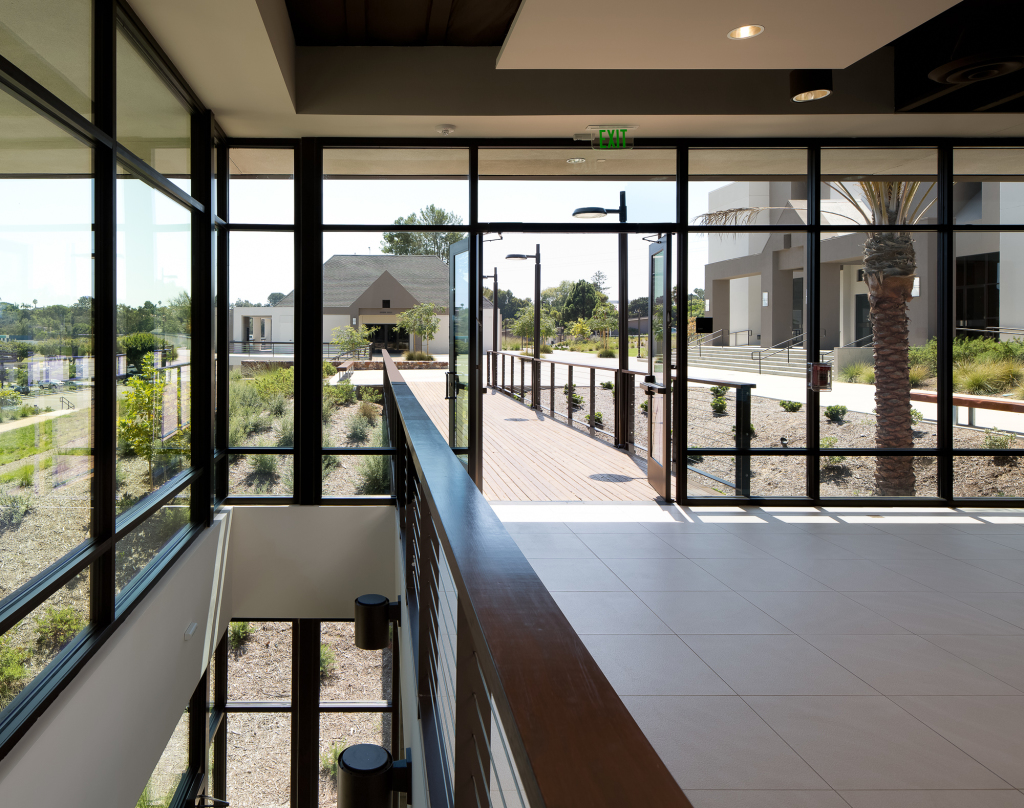 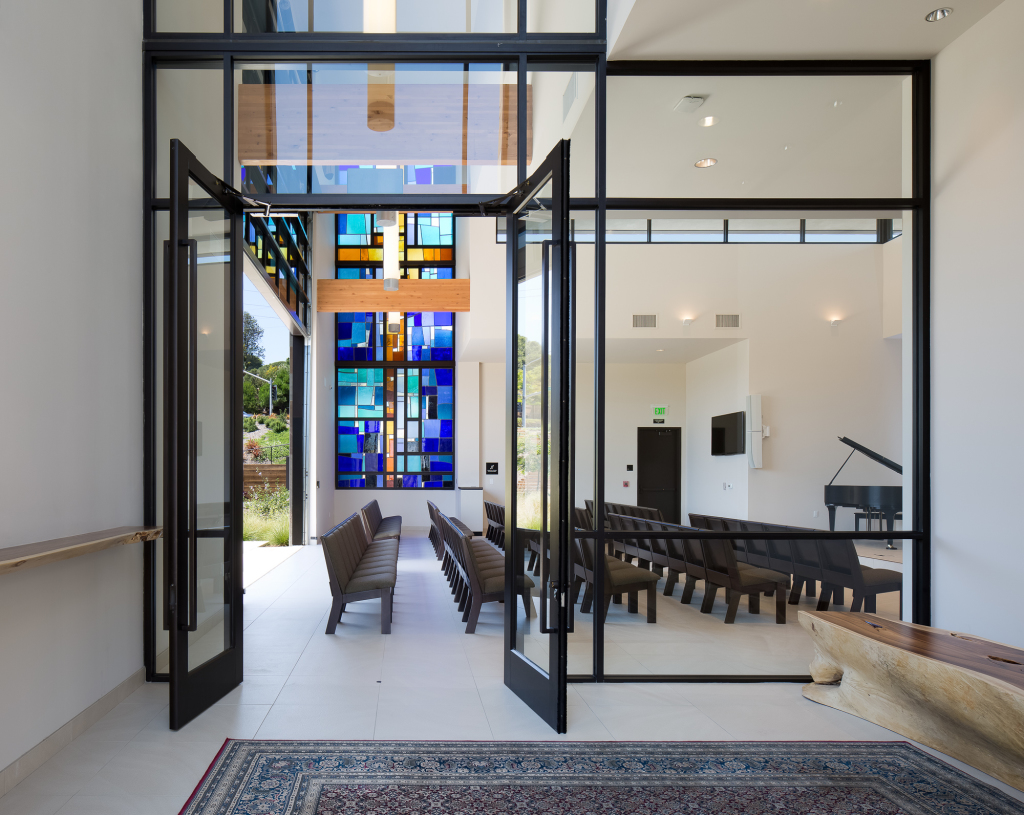 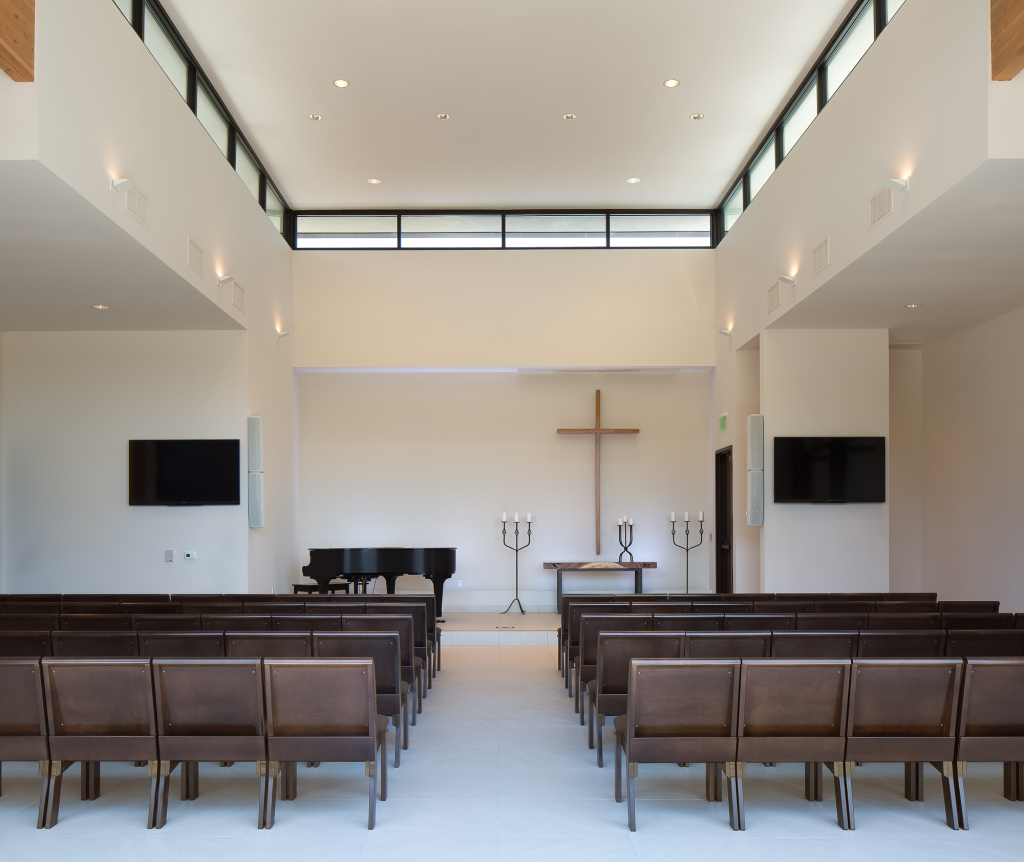 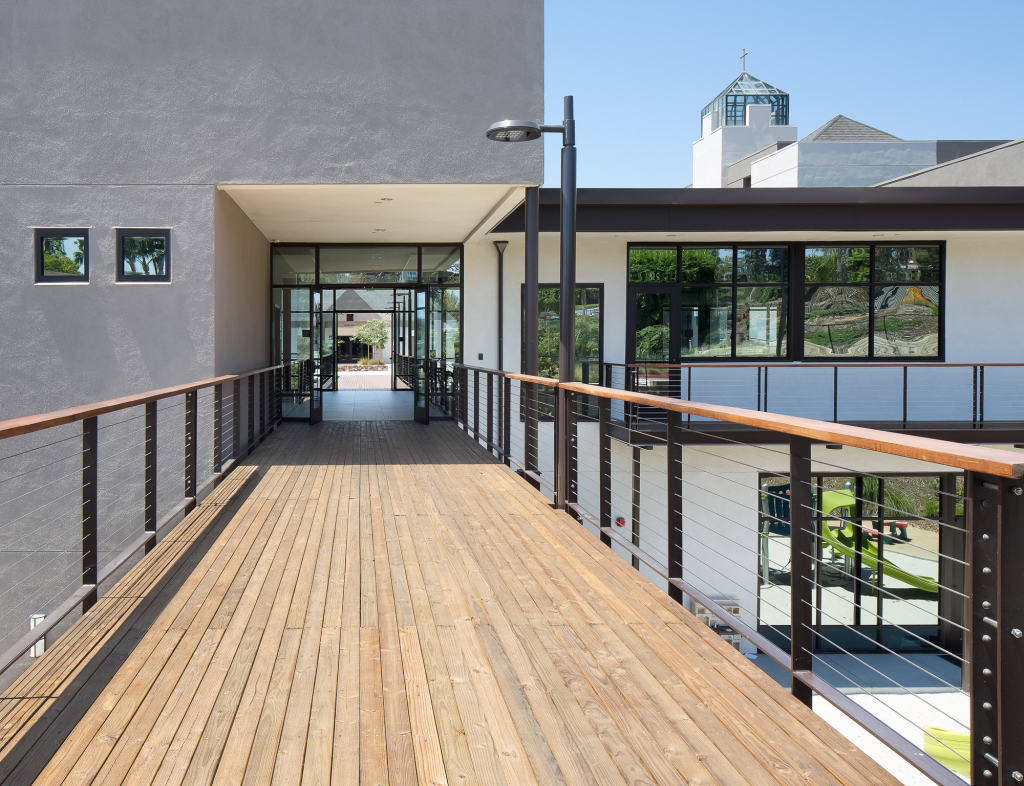 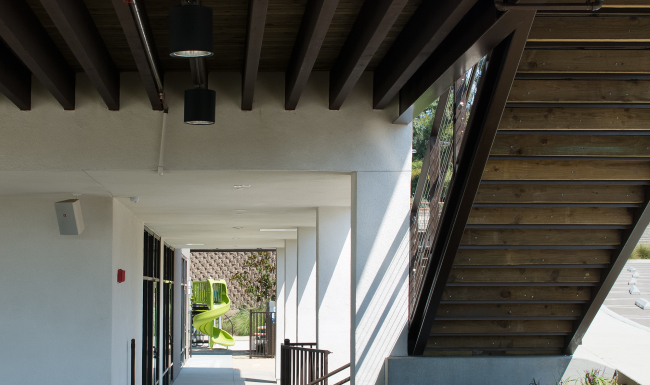 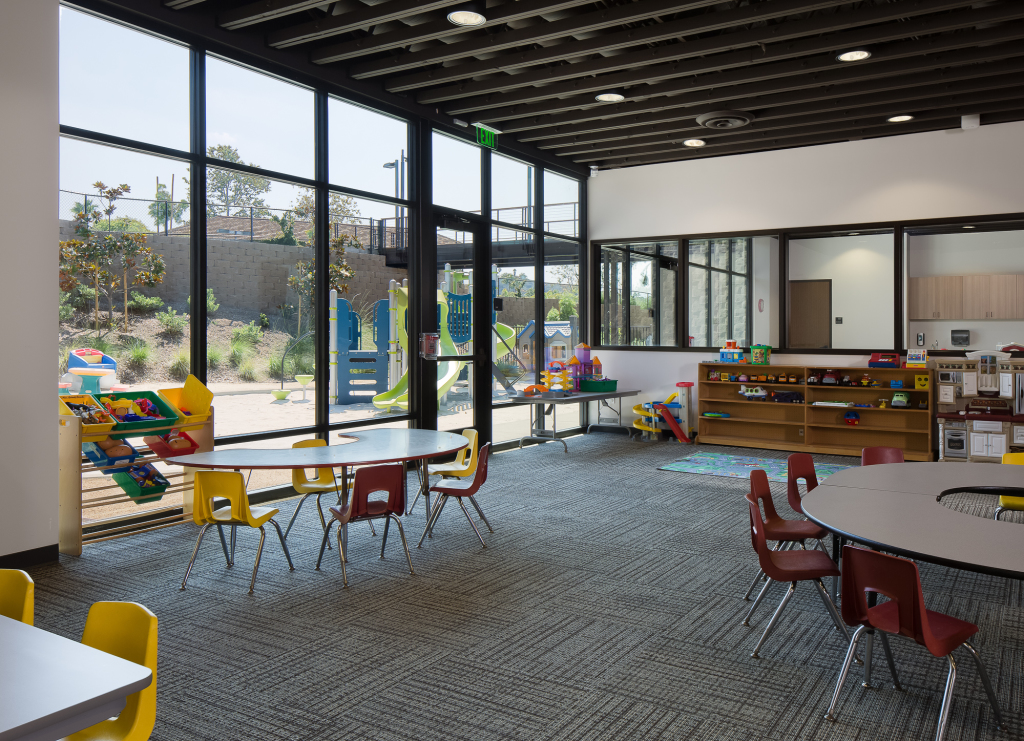 Back to Sared
Back to All Projects