The Treehouse Truss is a home among the trees, cantilevering over a gorge to enjoy mountain views.

The owner wanted seclusion, a home that separated him from the noise and lights of neighbors and the city and allowed him to feel isolated. His combined computer and aeronautical background however encourages him towards projects which require maintaining connection to the grid; this prevented a more remote site location. With this technical background of innovation, the owner understandably desired a home designed to reflect that character, a character which would only naturally develop an innovative house worthy of notice. This heavily wooded site in Flagstaff, Arizona proved a suitable canvas for the task.

Read more...
The design team set forth to design a small single family residence which allowed the owner to commune with the natural surroundings but also provide space to tinker. The resultant living space is modest in size (under 1000 s.f.) but with a large feel. Large folding glass door systems on either end of the elongated studio like space blurs the limits of the house with the forest which surrounds it. Where living space is modest tinkering space is abundant via the attached and detached garages (1,200 s.f. and 1,600 s.f. respectively).

Though some of this space sits on grade, most of the living space rests in  the best spot on the property – the treetops. The long, narrow house capitalizes on the site’s steep terrain and utilizes significant structure, effectively a large truss, to cantilever over an onsite gorge to put the house and it’s inhabitant some thirty feet up into the trees. 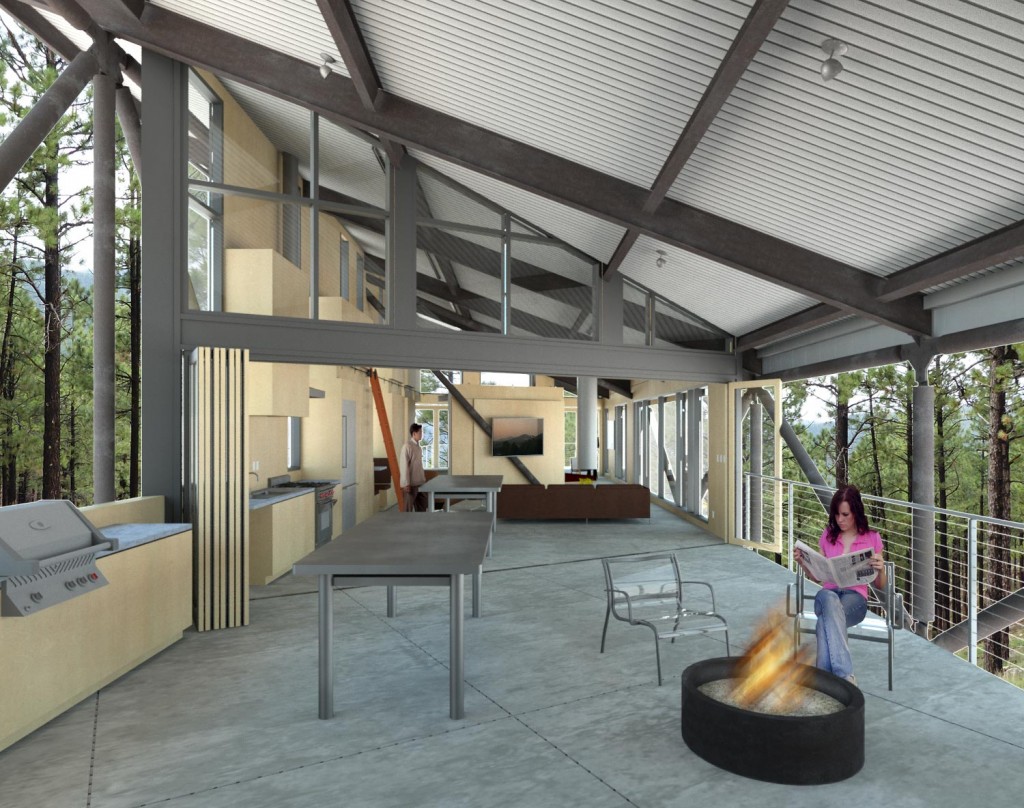 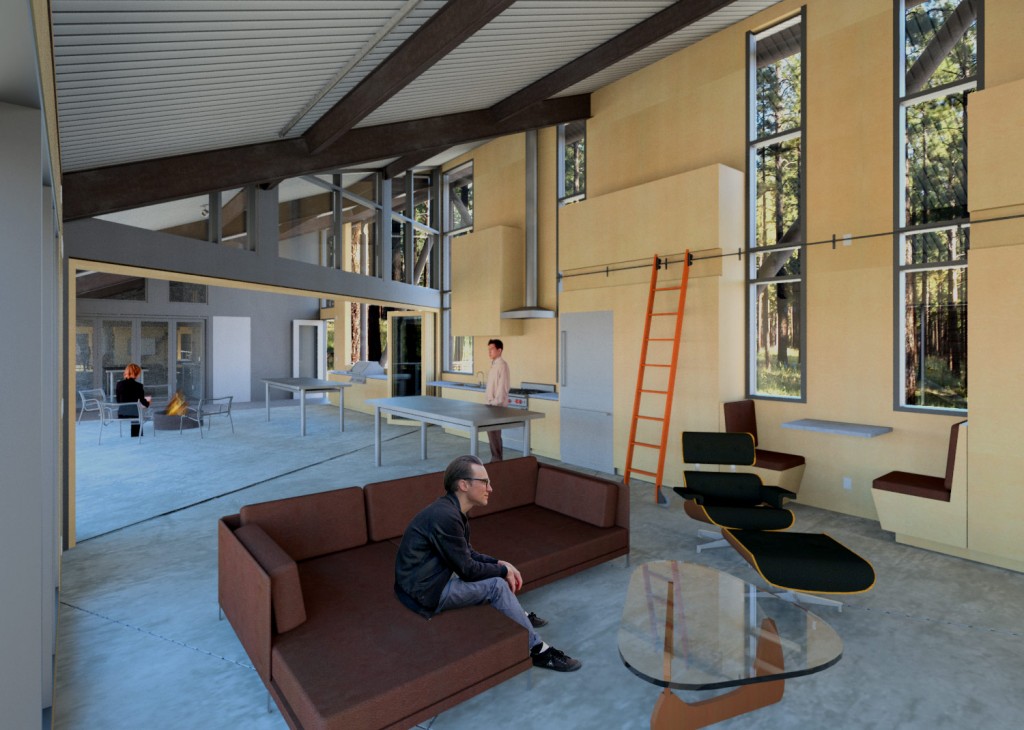 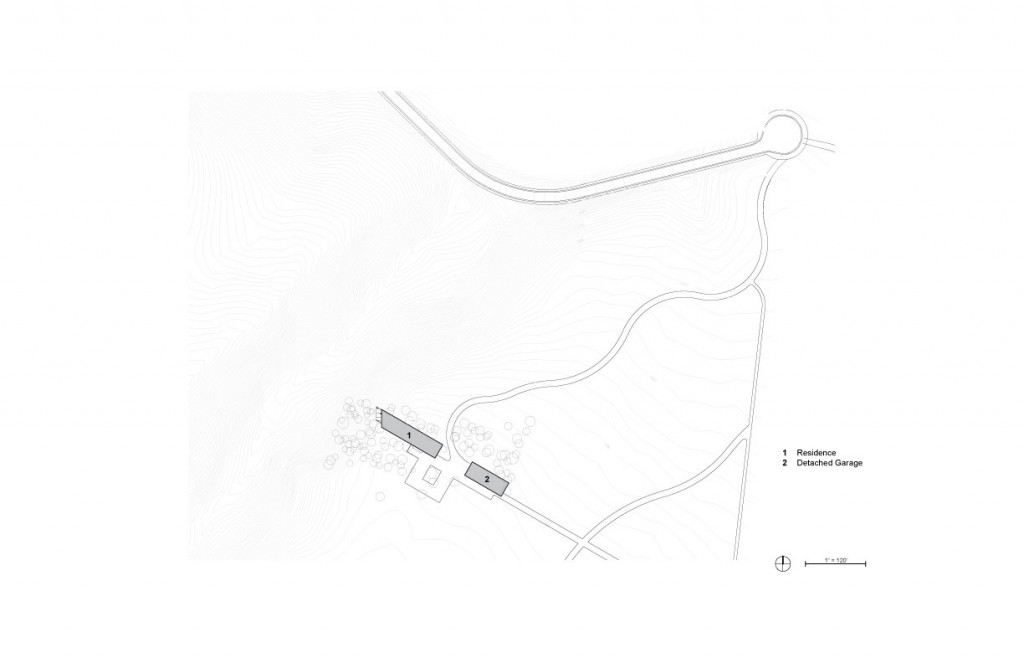 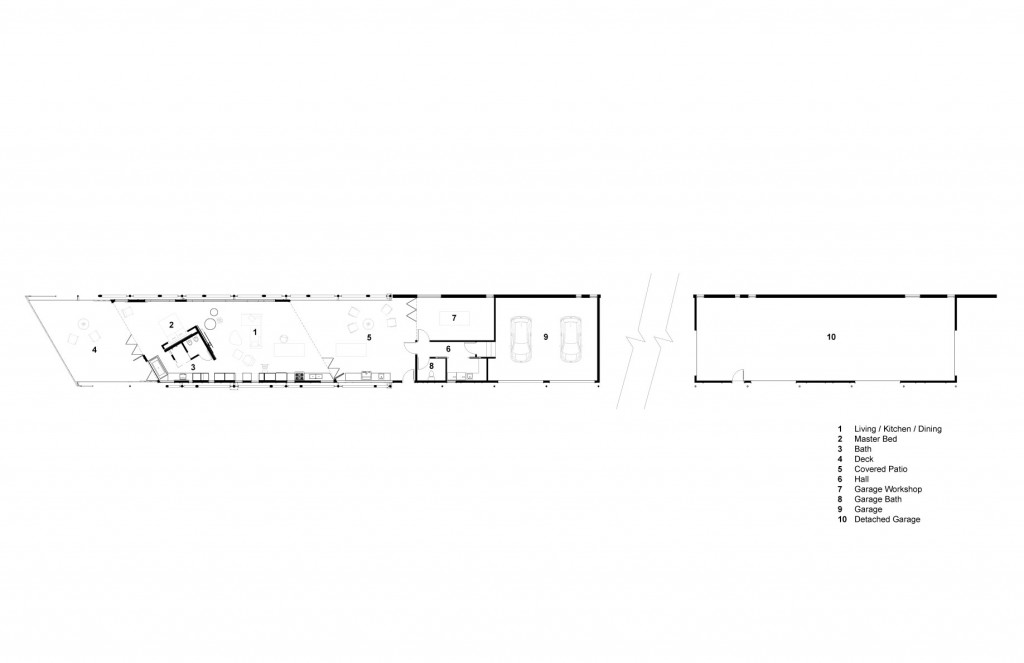 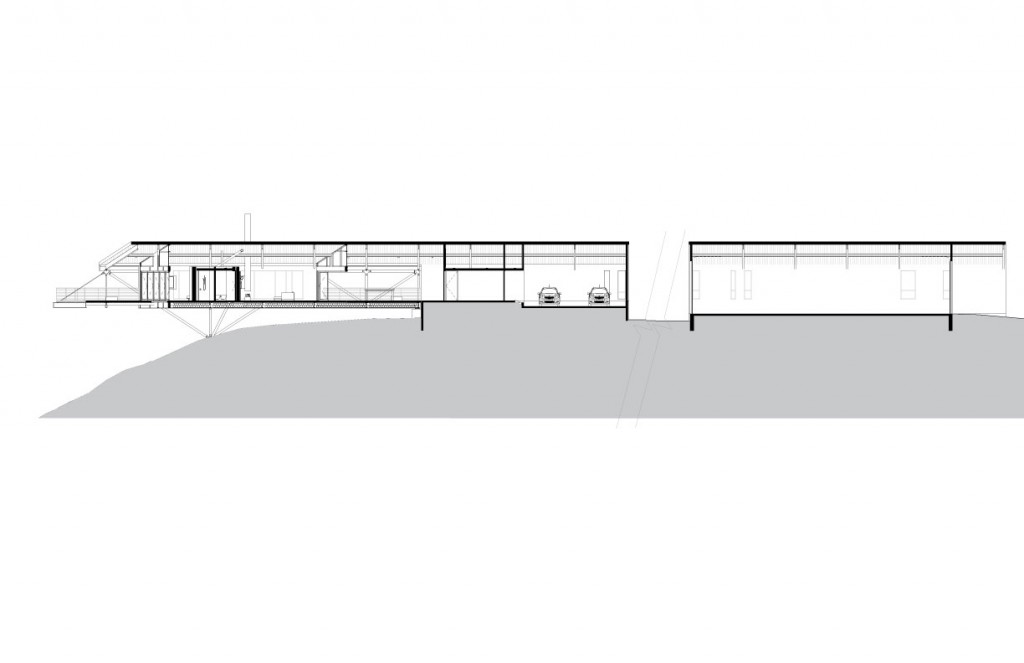