Don’t laugh, but I was elected President of the Dana Running Foundation – that’s the parents’ organization that provides financial, logistical, practical support to the running programs at Dana Hills High School.  It’s a lot of volunteer hours, monthly meetings, etc.  So the basic question: Why are you doing this?  One reason, I love my son Anders.  I want him to have the most amazing experience possible. You parent volunteers know what I’m talking about…

I’m also aware—having led a non-profit (church) for over 25 years—the truism, 20% percent of your people will do 80% of the work, etc.  I was not elected because of my skills or expertise, but because of one simple fact: I was the only one running for the position.  Yes, I was elected by a landslide!  Does it scare me that no one else was willing to run? Maybe they know something I don’t? Yes, I’m sure they’re smarter than me and yes, I’m nervous, worried about the time, but again I’m doing this for my son.

As president, I have one goal, a very lofty goal, to get 21% of the parents involved.  Why?  Because it’s for their children too!

So now let me talk about Gloria Dei.  Is the participation level at Gloria Dei different than DRF? Yes and no. My one goal for the Building Campaign—“The Bridge of Grace” is to get more people involved.  Why? Because it’s about the children.

As I see it, there are only three reasons not to participate: You are homeless, unemployed, or are worried about feeding your family. We do have members in every one of those situations. If that is you, there are other ways to participate.

Someone said to me, “But Pastor, It’s too modern.” I’m sorry.  I absolutely love it. Some people like vanilla ice cream and some chocolate. I think it will actually help us immensely with our purpose.  So it gets back to that question: Is it about you and me? Or about your children? Grandchildren? The un-churched, de-churched? I grew up at Bethlehem Lutheran Church with a huge steeple and bells and a sad picture of Jesus praying at the Garden of Gethsemane over the altar. I would love that too, although it might not reach positively young people in our beach community.

Speaking of my son Anders, true story: As soon as he saw the design after school one day, he said, “Is that our church? Wow! That’s amazing. Really, that’s our church? You’re not kidding are you? I love it!”

That was his first response. His second response came the next day.  A friend of his was hanging out at our house after school and Anders said, “Hey Dad, do you still have your laptop here, I want to show… a picture of our new church?” Guess what his friend’s response was – “Wow! That’s amazing.”

If you haven’t turned in your pledge card yet, I invite you to do so. Be one of the 21, 22, 23… 100 percent? When it’s all done, you might be kneeling in the new church with my son, or another new teenager.  You can stop praying for a second, smile and think, ‘Wow!’  Which is just another way of saying, “Praise God from whom all blessings flow…” 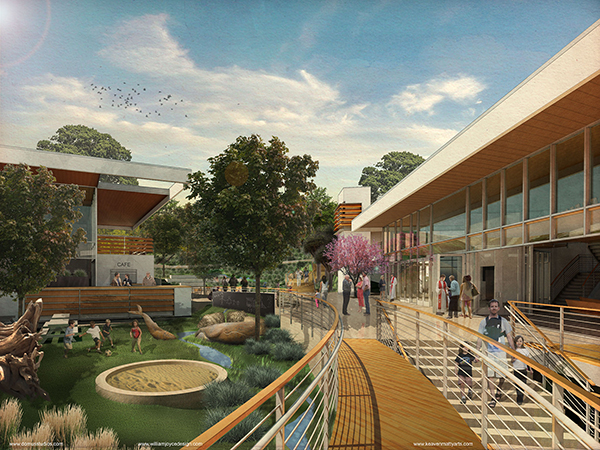 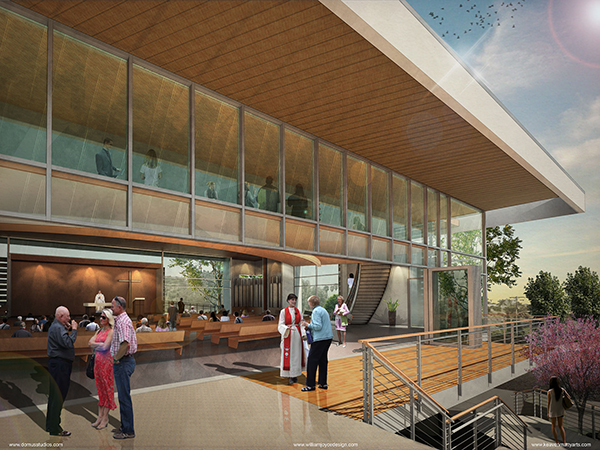