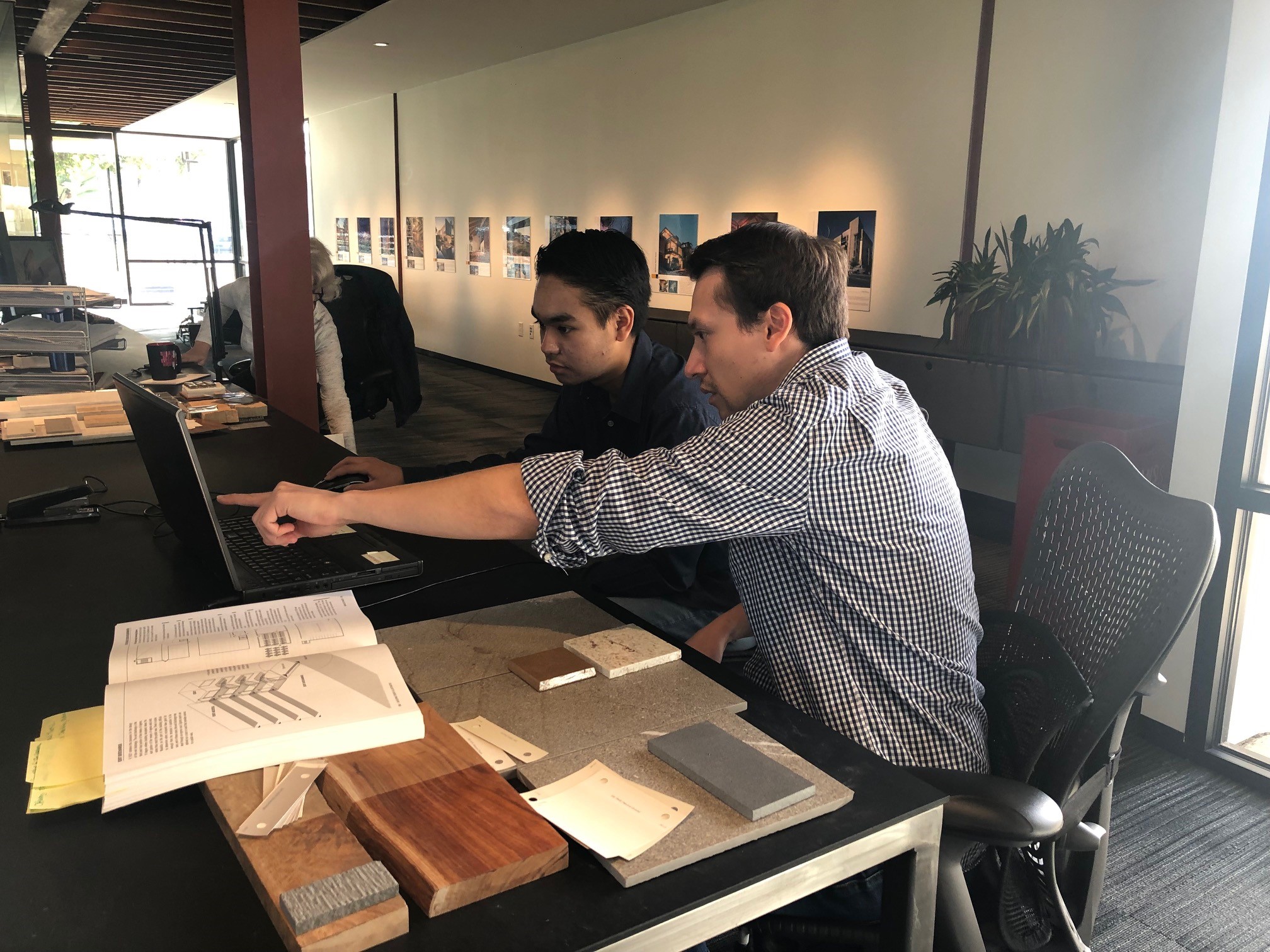 Last month we had a student intern, Xavier Aguon, from St. Augustine High School in our office. Xavier shadowed some of the employees at domusstudio and had the opportunity to work on a project of his own. Here is a summary of his experience this past month:

“During the month of January 2019, I was given the opportunity to intern at domusstudio. I had a wonderful experience and I was able to work with great people who were genuinely interested in teaching me about their profession. One new thing that I have learned about a career in architecture is that it is an all-encompassing profession. Unlike many professions that have straightforward agendas, the work of an architect is not straightforward. There is constant back and forth among architects and their consultants. Architects do not simply design buildings but have to ensure that their buildings work properly and are correctly built. While the process may be cumbersome and time-consuming, seeing a completed project in the physical world is a gratifying experience.

After my experience interning at domusstudio, I am still interested in pursuing a career in architecture. The experience I have gained at my internship has exposed me to the work of architects and has given me an understanding of what architects actually do. There are elements of work that I had suspected architects engaged in, such as the creative design aspect. What I had not expected was the amount of detail architects had to explain and how vital communication was when working with others. Building anything requires a great amount of persistence and dedication, but once a project is “complete”, it makes the effort all the more worthwhile.”

We wish Xavier all the best with his future! 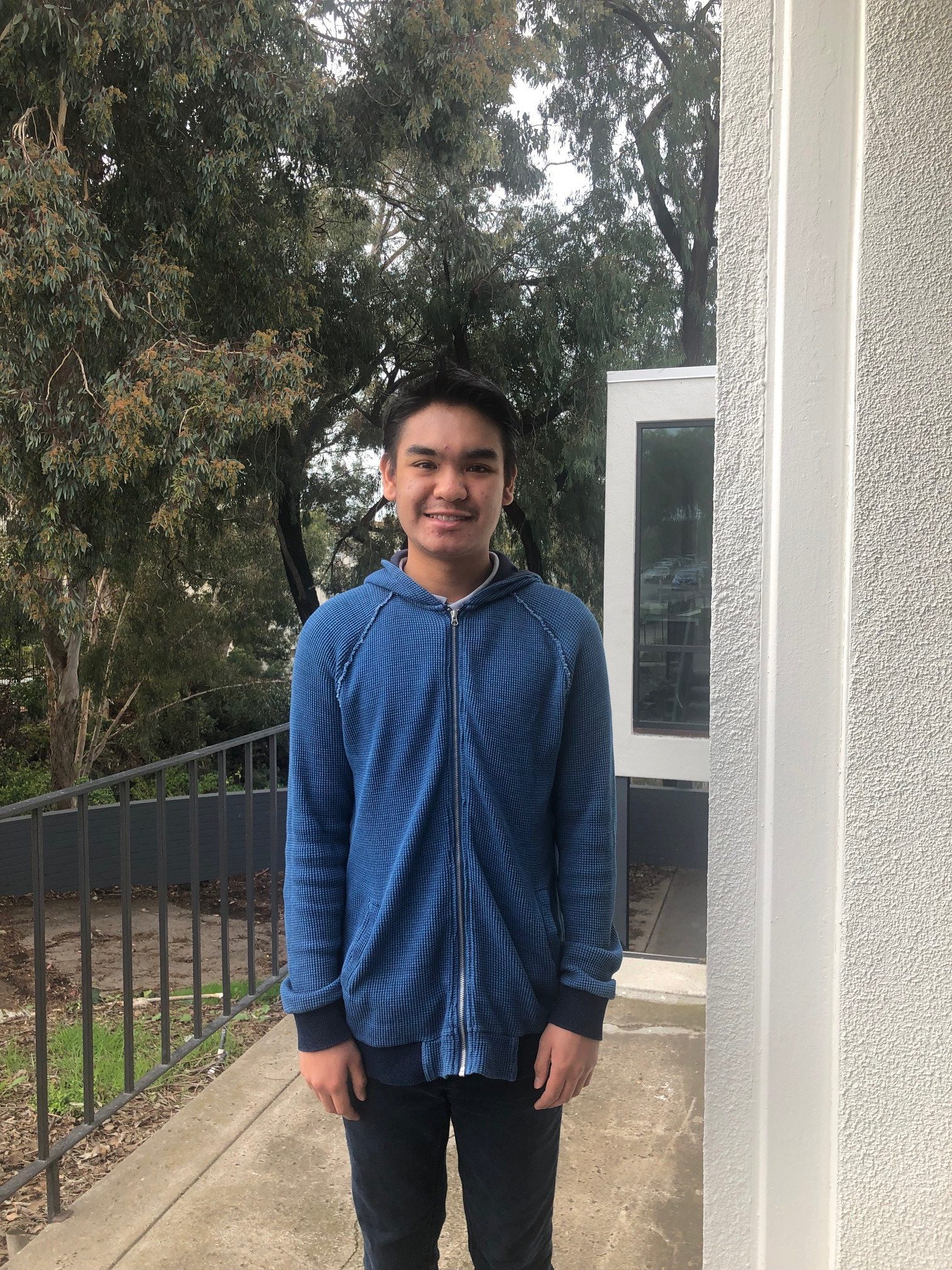 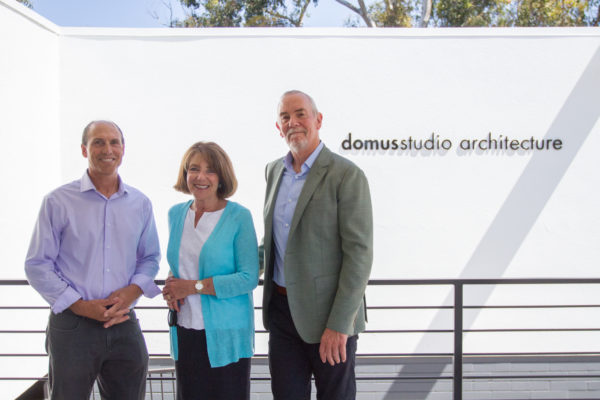 A couple of weeks ago, our studio had a guest visit from Congresswoman Susan Davis. Congresswoman Davis toured our new office and spoke to John Pyjar, one of the partners at domusstudio, about the process of renovating the Brandon-Beaver Building (originally designed by Homer Delawie). We were very happy to have Congresswoman Davis at our office and to share our journey with her. You can read the full article on her blog here.

*Photos not our own – taken from link above 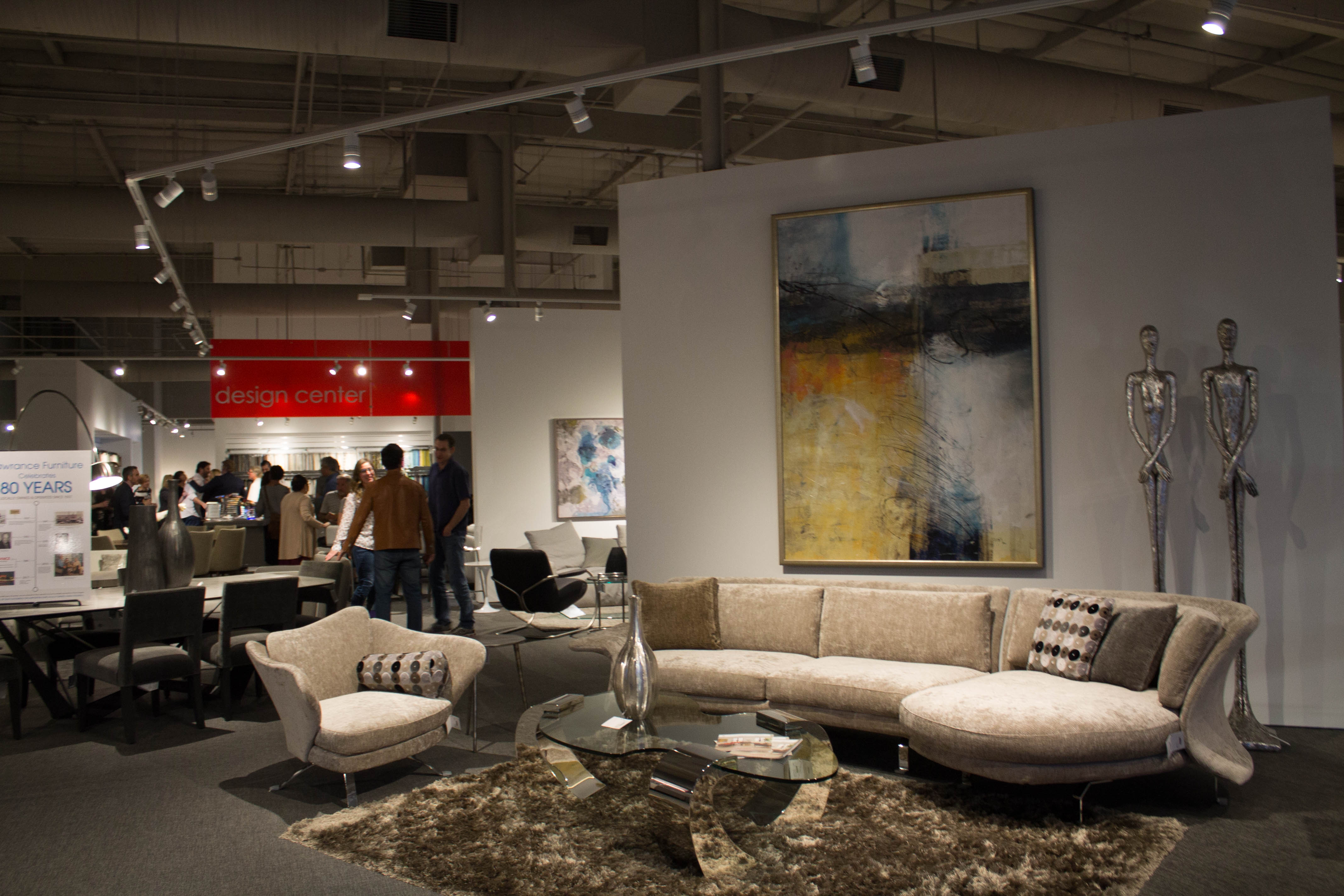 On May 19th, Lawrance Contemporary Furniture in Encinitas had its grand opening! domusstudio worked with Howard Haimsohn of Lawrance to transform the Total Women’s Gym space into a new showroom for Lawrance. The existing space consisted of multiple individual rooms with 8-foot ceiling heights, a studio space and a spa. We removed all of the interior walls to the exposed 18-foot ceiling and added some partition walls for the furniture display. 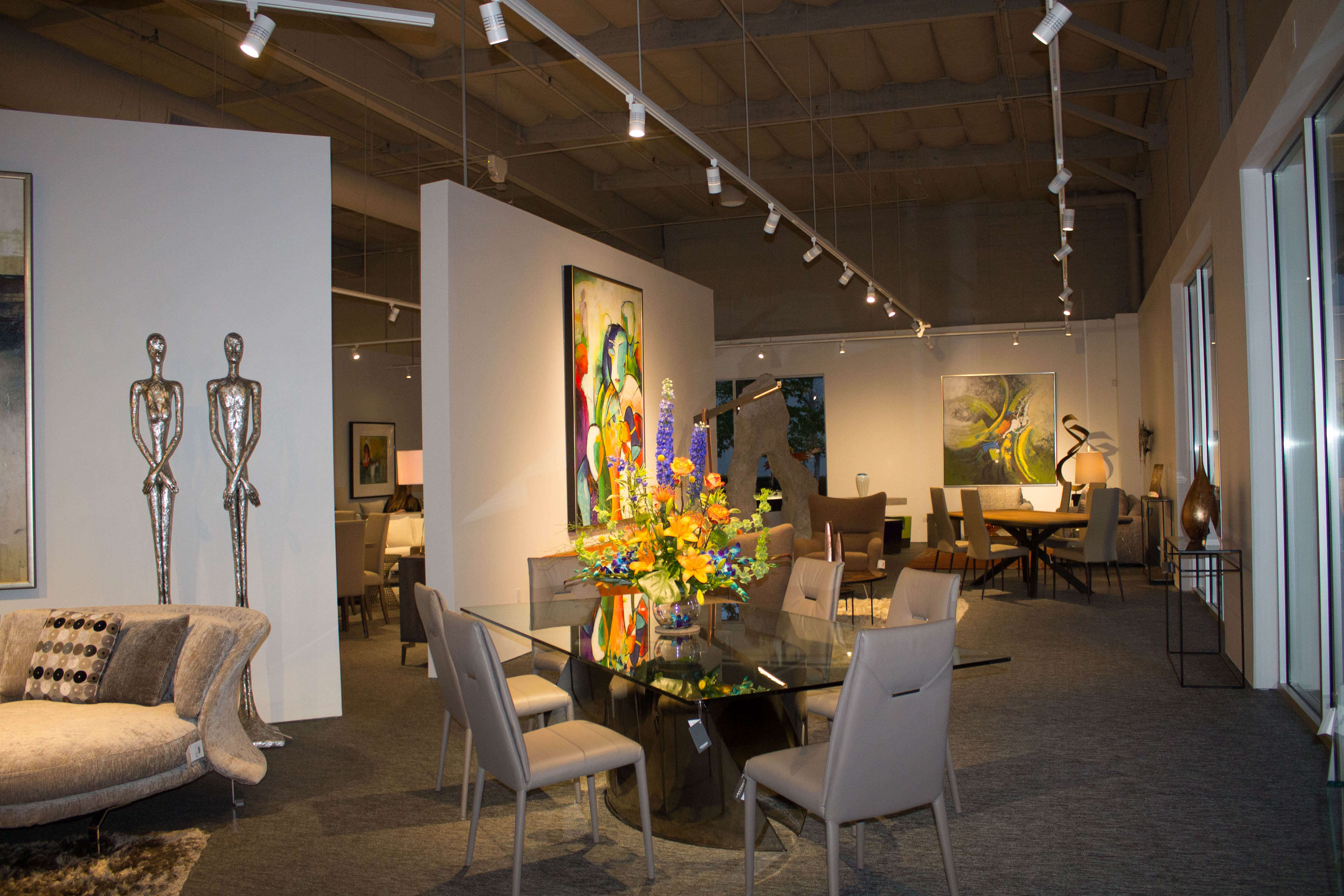 When you enter, you are welcomed in through a 10-foot high pivot door. The partition walls are placed with purpose to help the user navigate the space without getting lost and to be able to walk through the whole store without missing anything. 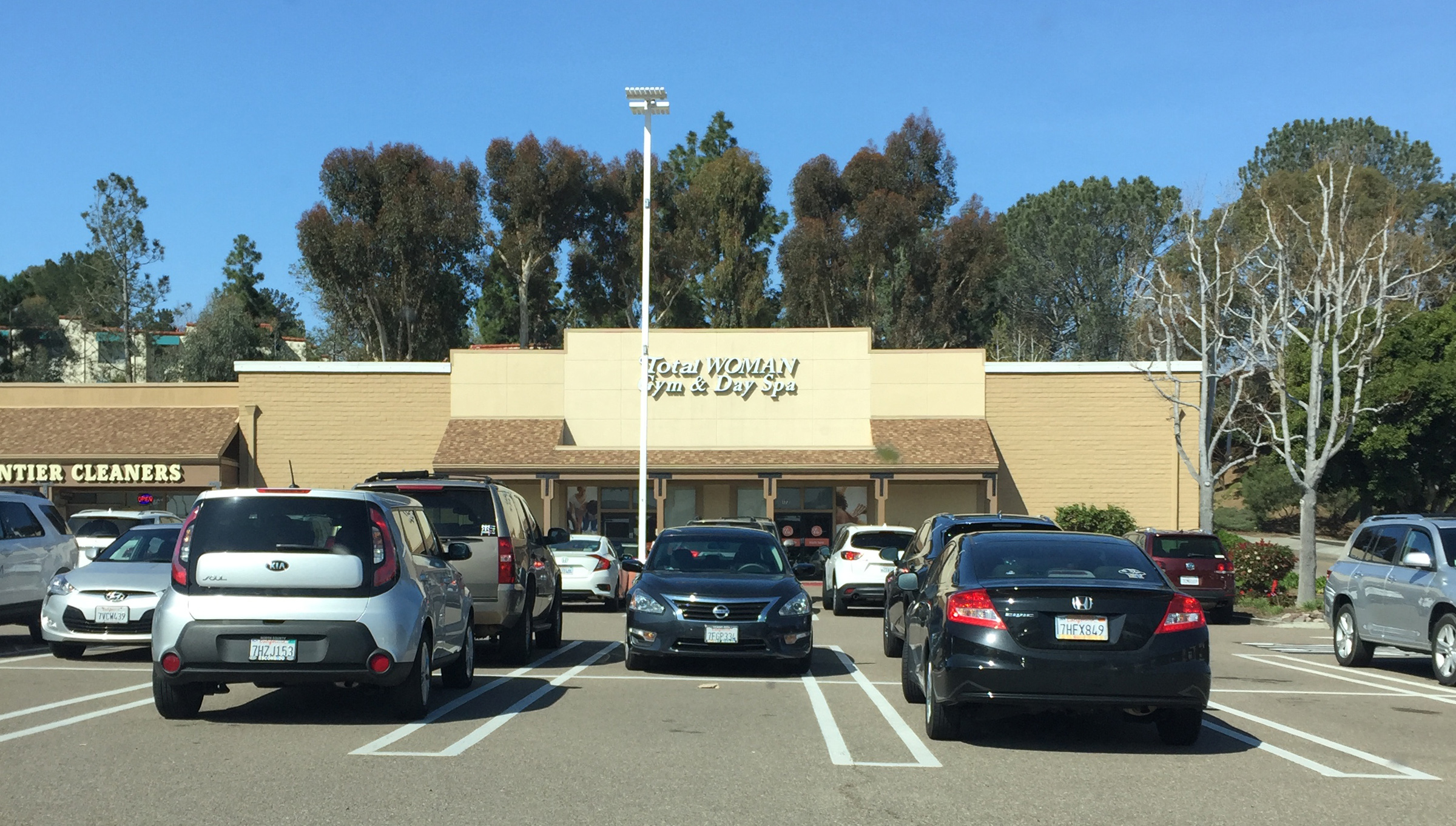 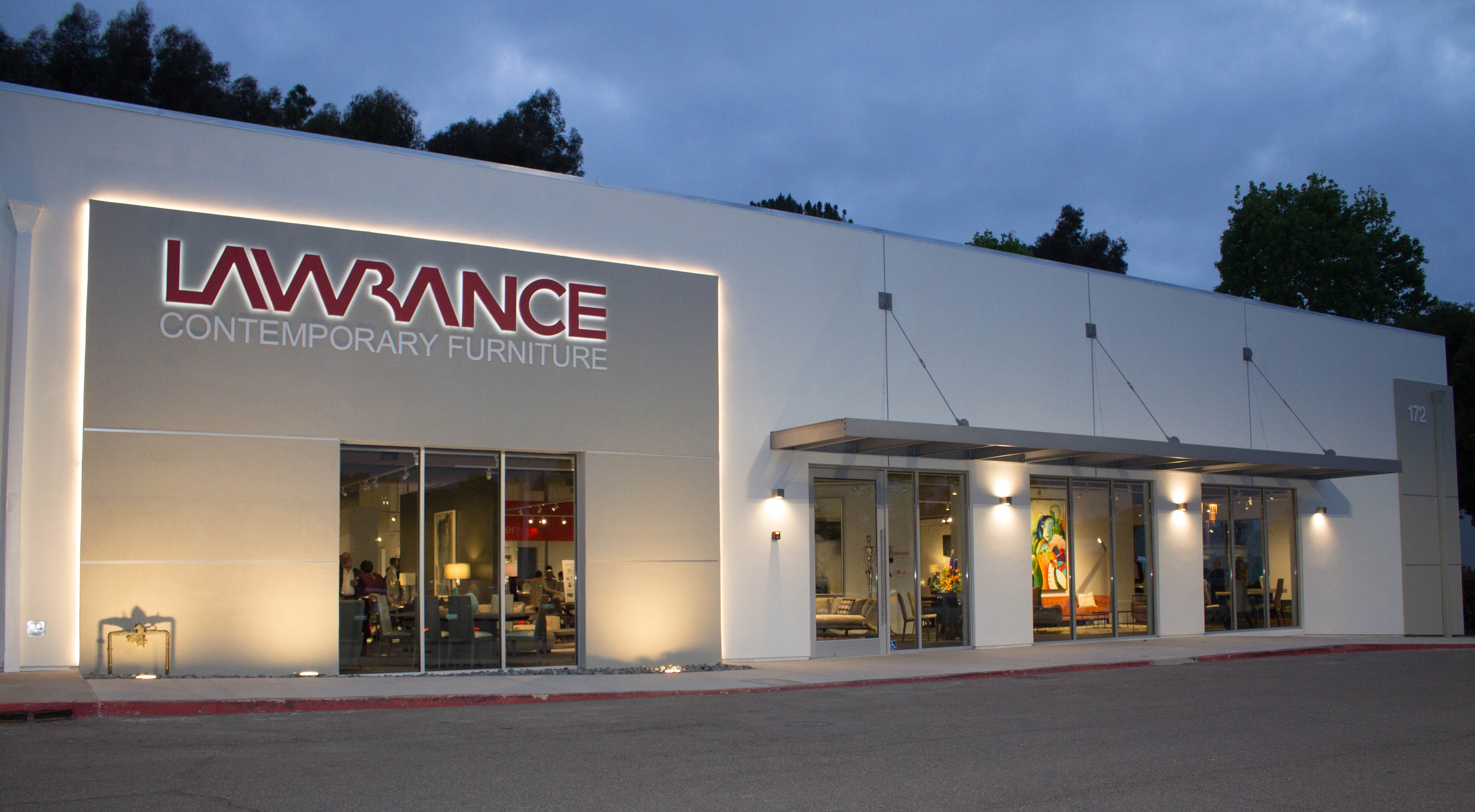 The contemporary exterior design reflects what they do on the inside. 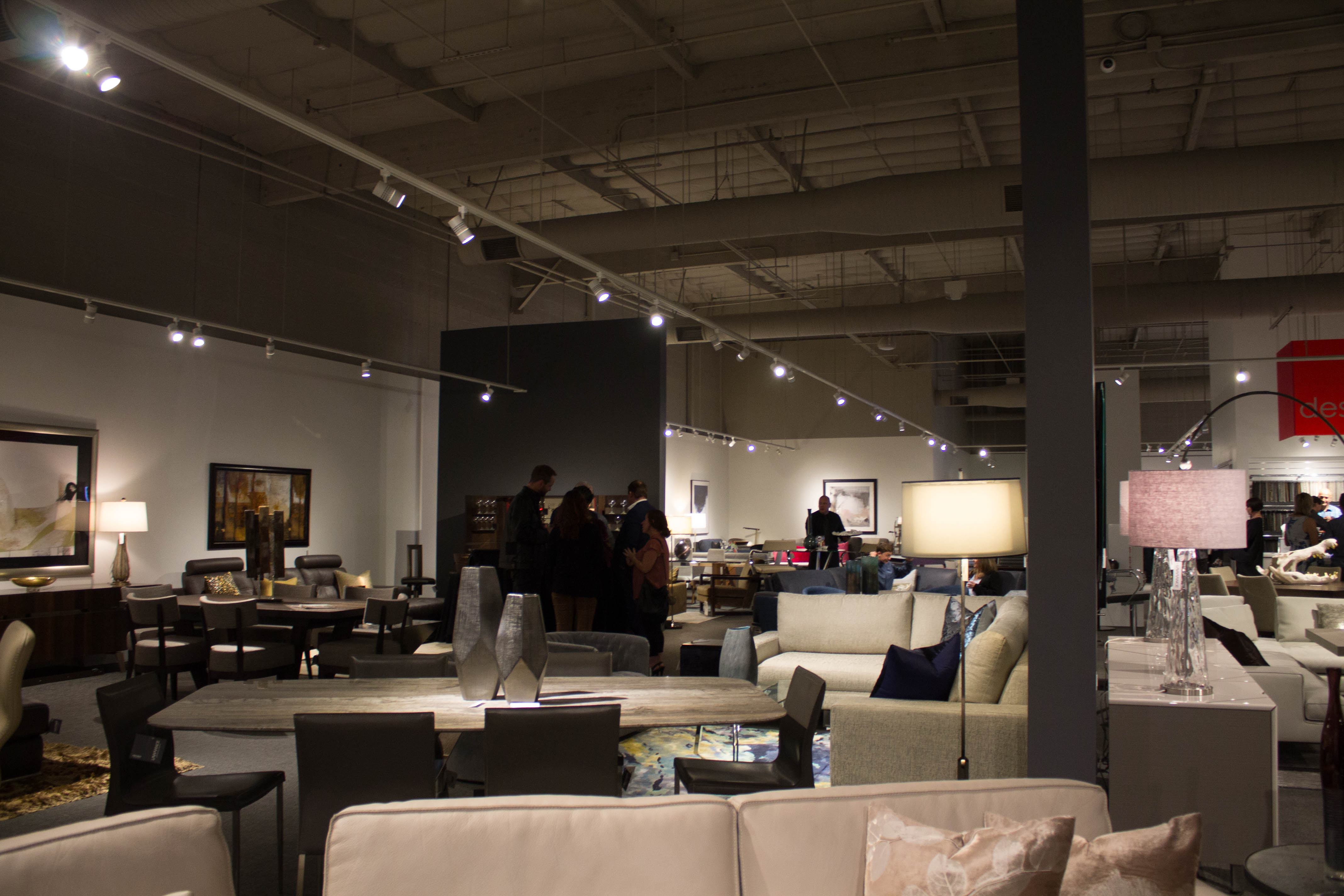 Here is an article written about the store in The Coast News: 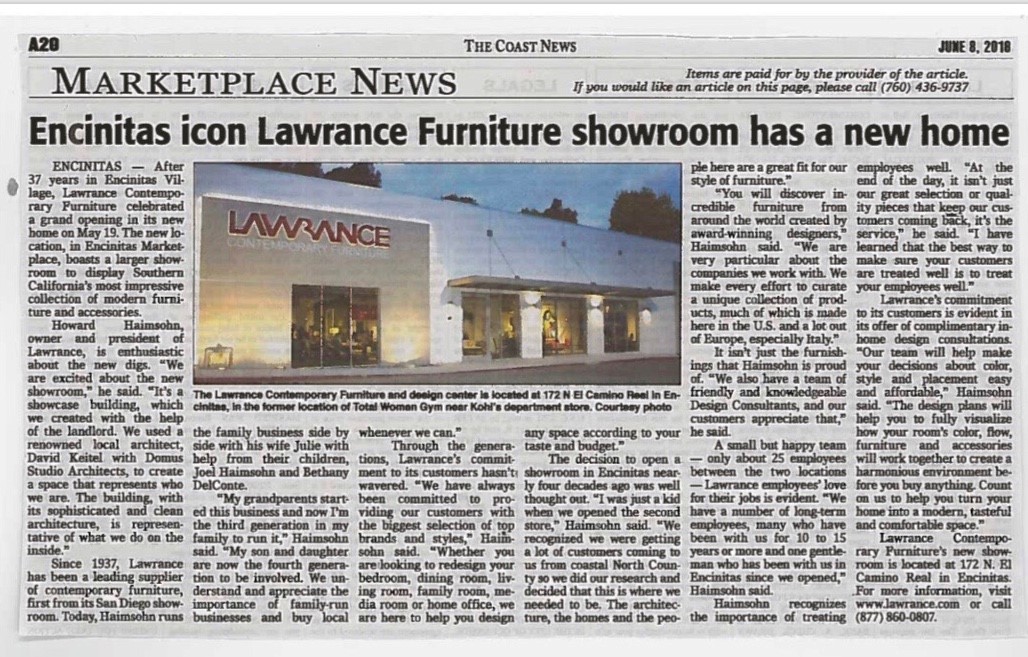 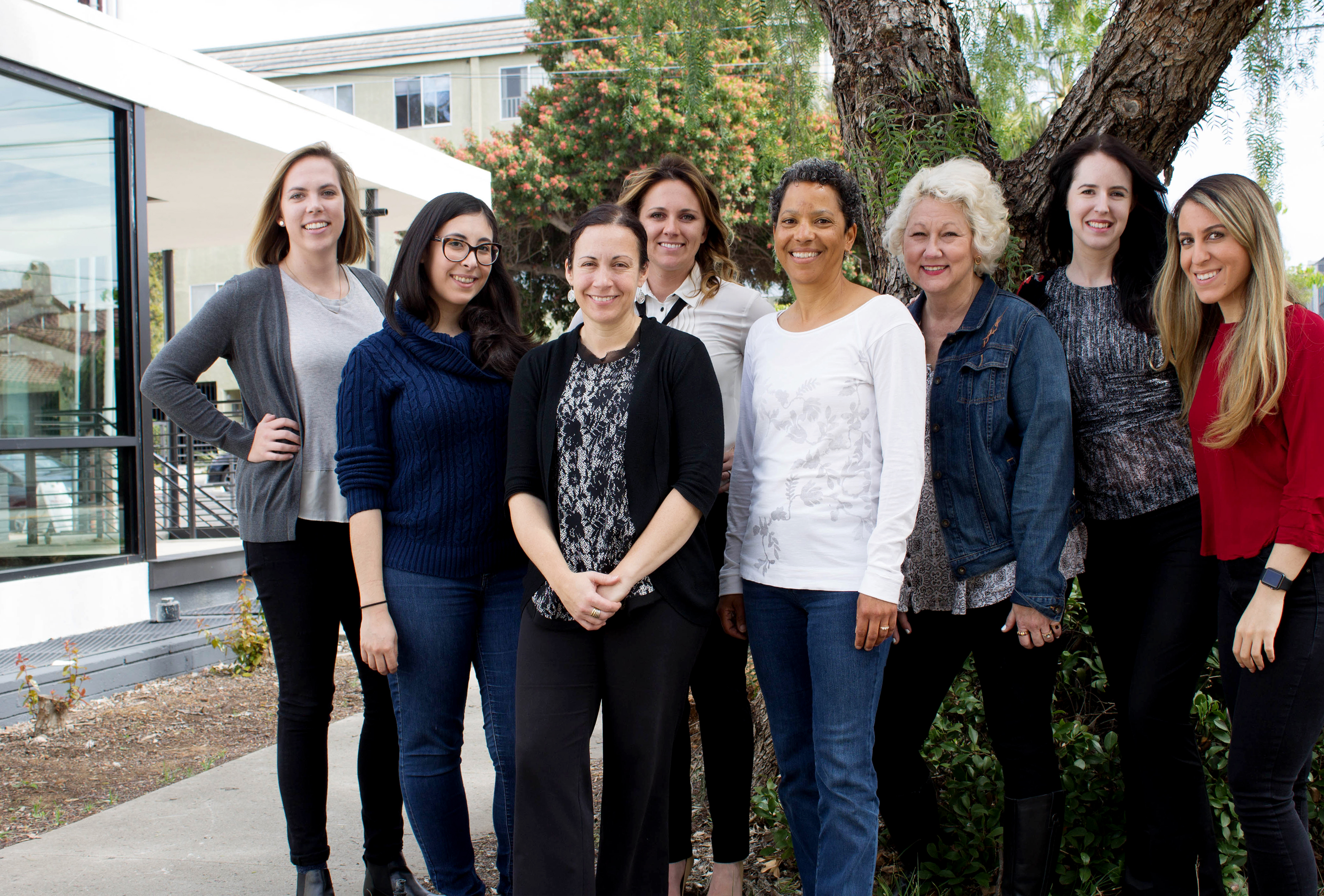 On International Women’s Day, we not only celebrate the women in our studio, but all the women around the world. In the profession of architecture, there has long been a gender gap in the workplace. We are very proud to say that 8 out of the 20 domusstudio members are female. The collaboration and team effort among all of the studio members is a big factor to our success.

Zaha Hadid, one of the most influential women in architecture, was asked to write a postcard to her younger self…this is what she wrote: “Your success will not be determined by your gender or your ethnicity but only by the scope of your dreams.”

Cheers to all the women around the world! 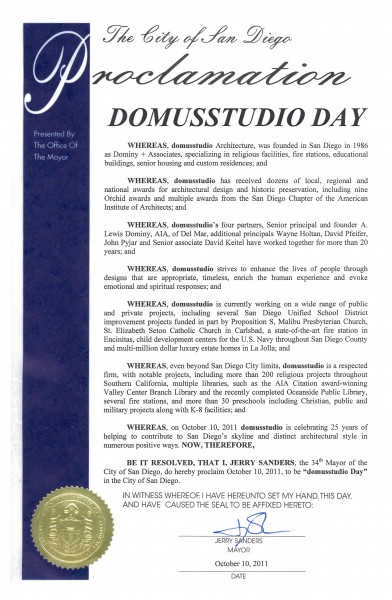 I would guess all of us have daydreamed about what we would do with the money if we won the lottery. Here’s a true, feel-good story about a lottery winner.

Our firm designed the Social Hall and Chapel for the Notre Dame Academy in Carmel Valley. We have supported the school the past few years during their annual fundraiser, a golf tournament and dinner.

In addition to a silent auction, the school sells raffle tickets to raise money each year for some special project. Half of the money collected goes to the school and half goes to one lucky winner.  In the first or second year, the winner gave his half back to the school as well, and that started a tradition of giving back some or all of the money.

Now, each year, before they draw the winning ticket, the organizers tell the story of the previous year’s “give back” to encourage (pressure?) this years winner to follow suit.  The sum has become fairly substantial.

Lo and behold, who should win last year, but my partner David Pfeifer.  I was so proud of him when he stepped forward and offered half of his winnings back to the school. He also stated that he was going to donate the other half to his own kids’ school—the Nazareth School in Mission Valley. Wow!!!

But the story does not end here.

David met with the Nazareth School principal and asked that the money be specifically spent as seed money for new technology upgrades to all of the classrooms.  He then presented his story of the winning ticket and his gift to the other parents at the school and they stepped-up and raised all the rest of the money to complete the technology upgrades.  Over this past summer, with some additional sweat equity by David and other parents, all of the upgrades were installed.

This year’s golf fundraiser at Notre Dame Academy was held recently. I did not know the end of David’s lottery story until the auctioneer told it to the audience just before he drew this year’s winning ticket.

Hooray for David, for his quiet leadership and generosity, and for this tradition continuing to grow.

Look what one act of kindness five years ago has led to today. 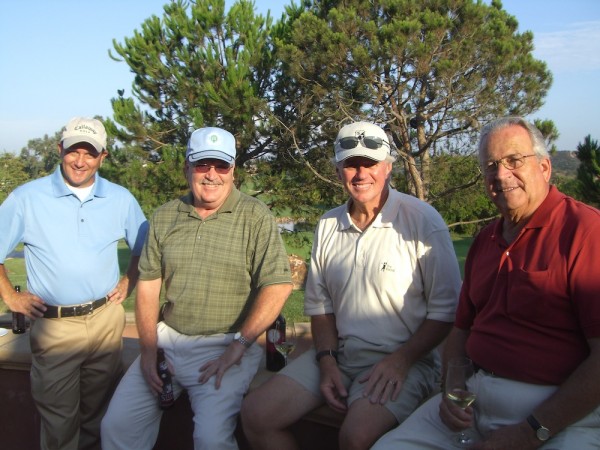 Just over a year ago we were one of two architecture firms vying for the opportunity to renovate and modernize the KPBS studios on the San Diego State University campus. While we regret we didn’t get the job then, our research and design efforts are paying off today in the reworking of our own studio space.

The nonprofit public radio station’s goals included sustainability and a more efficient and collaborative workspace. These are among the key factors in domusstudio’s modernization as well.

Here are a few of the ways our redesign efforts cross over with our design proposal for KPBS.

The result has been very successful for us. It totally works. The formula we devised based on KPBS’ desire for a brand new collaborate workspace utilizing less square footage (less operating cost), is something we look forward to incorporating again, maybe even at SDSU. 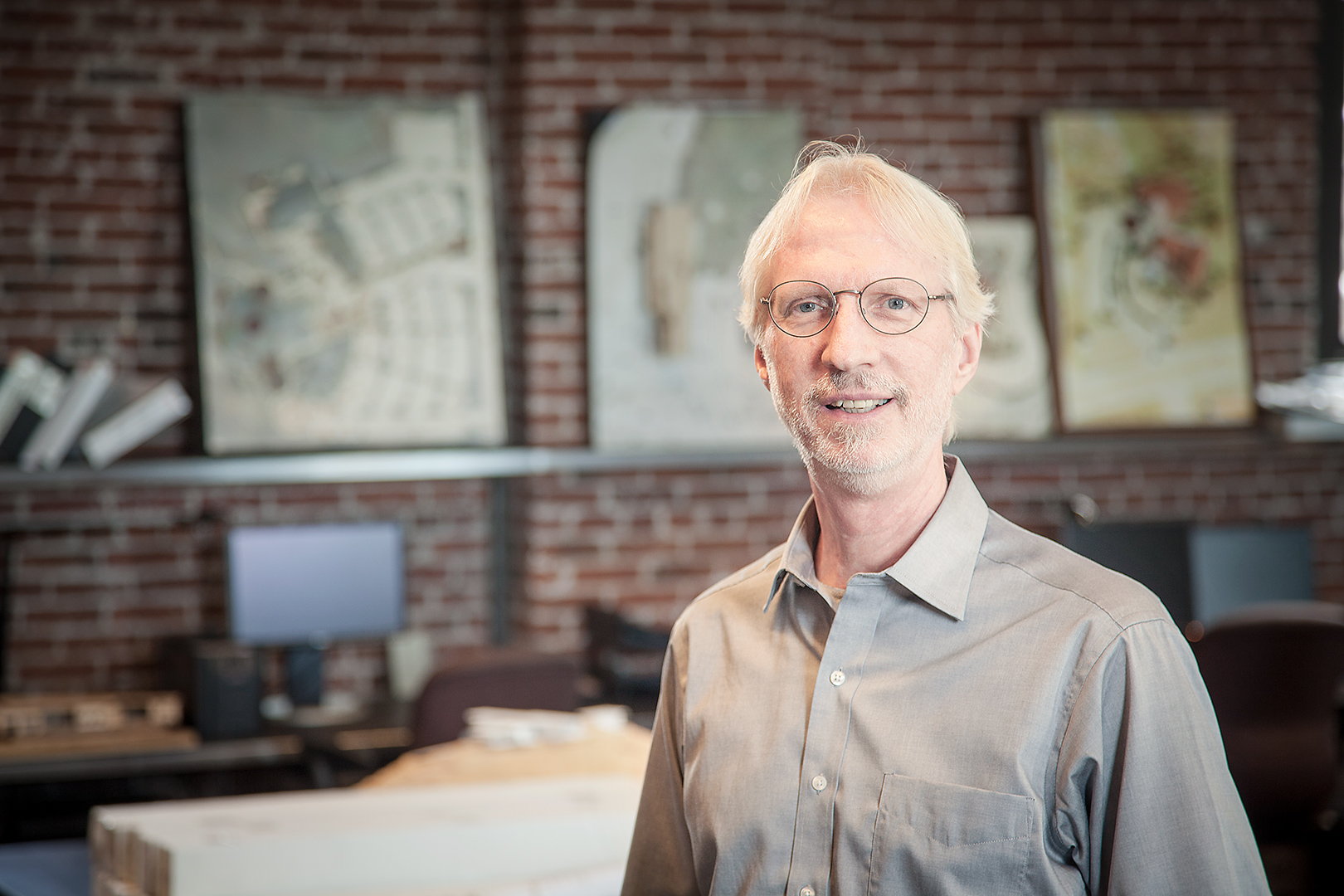 For his continuing industry-related volunteerism over the past two decades, Holtan, a principal at San Diego’s domusstudio architecture, recently received an award from the California Architects Board, one of only three awarded in the state.

Holtan received the 2010 Octavius Morgan Distinguished Service Award, which recognizes individuals who have significantly contributed to the Board’s mission through their volunteerism over a period of time. Announced in the Spring 2011 newsletter, the award is named after the first president of the California Architects Board.

According to CAB, Holtan has contributed more than 1,000 hours towards the California Supplement Examination (CSE), and served as a CSE commissioner for more than 20 years and as a master commissioner since 1991. He served on multiple CSE-related workshops including the CSE commissioner reviews, job analysis, test plan and standard setting. He has recruited many fellow architects to participate in the CSE administrations, new licensees for the pilot test, and new licensees to assist with developing the computer-based CSE.

“Paying back the profession is only one of the benefits of volunteering,” Holtan explained in the CAB newsletter. “I’ve learned so many lessons from so many people and experience over the years, and to be given the opportunity to assist someone in getting licensed – reaching that professional milestone – is rewarding.”

Holtan has been with domusstudio architecture, founded in 1986 as Dominy + Associates Architects, since 1993. Current and recent projects include: the Parish Center at St. Elizabeth Seton Catholic Church in Carlsbad and Ascension Parish Center in Tierra Santa; several fire stations in the City of Encinitas and one in La Quinta; and several San Diego Unified School District modernization projects funded in part by Proposition S.

Holtan graduated with degrees in both Architecture and Environmental Design from the University of Minnesota.