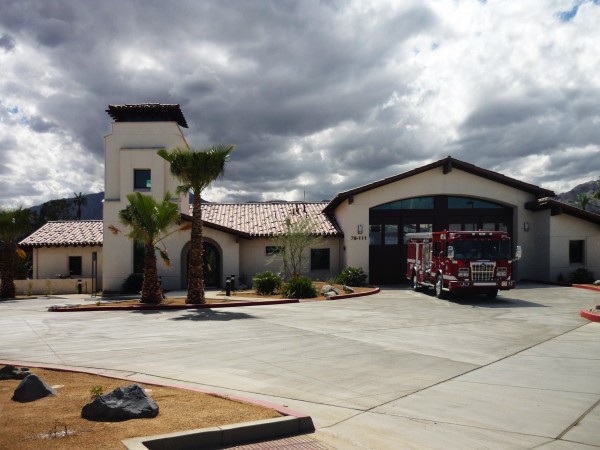 Featuring state-of-the-art technology and energy-efficient systems, the new station meets the needs of today’s firefighters and also fits into the character of Spanish Colonial-style La Quinta Village, according to Wayne Holtan, AIA, a principal at domusstudio architecture. The San Diego firm has a portfolio of more than half a dozen fire stations throughout Southern California.

Among the unique features at the new fire station are bifold station doors, which open faster than traditional rollup doors.